We are the only clinic in Scotland that offers Fully Ablative laser skin resurfacing in Glasgow, at Ever Clinic. Fractional Laser Resurfacing (C02RE being the most common) is a similar but milder treatment, which, unlike Fully Ablative, requires multiple sessions for a far less stunning result.

A special type of local anaesthetic is used for this facial laser surgery procedure. Lax skin around the eyes and wrinkles can also be treated to achieve a more youthful appearance. Very few surgeons can perform what Dr Cormac can. He performs remarkable skin rejuvenation.

There is one major advantage of this procedure: it is permanent. As soon as the healing process is complete, you are left with your new skin. In contrast to other cosmetic treatments like dermal fillers, Botox, or even fractional resurfacing, this procedure does not require repetition. Taking good care of the skin will result in long-lasting results for many years before anything else needs to be done.

Our clinic always welcomes new patients from Glasgow, Edinburgh, Aberdeen, all over the UK and other parts of the world. Our video on this page explains Fully Ablative Resurfacing in more detail.

Laser Resurfacing Glasgow - What does it do?

The purpose of laser resurfacing is to reduce wrinkles, blemishes, and acne scarring on the face by using a laser and a very local anaesthetic.

Light beams focused on irregular skin are pulsated in short, concentrated bursts and precise layers of skin are removed. The treatment can also address wrinkles around the eyes and the laxity of the surrounding skin.

THE USE OF THE LATEST RESURFACING IS NOT SIMILAR TO FRACTIONAL RESURFACING, A COMMON AND MILDER TYPE OF TREATMENT.

Is laser resurfacing safe for pigmentation?

In addition to removing age spots, freckles, and sunspots on the skin, laser resurfacing can also minimise the appearance of hair and wrinkles. This procedure is used to rejuvenate facial skin, improve elasticity, diminish wrinkles, tighten skin to help reduce the effects of laxity, and remove wrinkles.

What laser is best for wrinkles?

Is laser treatment safe for the face?

Dr Cormac will provide you with the skincare routine to get the full benefits from your treatment.

How long does it take to recover from laser skin resurfacing?

A medical procedure of this kind is aggressive. The epidermis will take some time to recover and regenerate.

The patient’s face will be extremely hot after the procedure has been completed. The sensation is like a sunburn. During the next 24 hours, the burning sensation will subside. After 9 – 10 days, the skin will continue to heal and most patients are able to return to work. Several weeks, or sometimes months, may pass before the redness disappears.

‘Selfies’ are taken every day to monitor recovery, with additional contact when needed.

Is laser treatment for the face painful?

It depends on what type of laser resurfacing treatment is used, how deep and how extensive the treatment area is, and how much pain the individual is used to. A prickly burning sensation usually occurs during the procedure, which can reach a subjective severity rating of 5 out of 10. In our experience, no one has ever had a problem with pain or discomfort because of the procedure. Most of the time, this type of laser surgery is associated with moderate pain or discomfort.

What are the side effects of laser resurfacing treatment?

Among the many types of skin resurfacing procedures Dr. Cormac offers, fully ablative resurfacing is the most aggressive. However, side effects are rare due to the level of expertise. It is possible to have complications with any laser resurfacing treatment, including those associated with fully ablative lasers.

This is the most common side effect, even though it is more common on darker skin types. Aftercare instructions should be strictly followed to avoid complications like this. If you do experience skin darkening due to laser resurfacing, this will usually resolve itself, but it can be accelerated with topical treatments, which we can advise you on. It may take anywhere from a few weeks to 6 months for the inflammation to completely subside, depending on its severity. In the first few weeks, sun exposure is the most common aggravating factor, so you should avoid sunlight as much as possible.

The phenomenon of pseudo-hypopigmentation is not actually hypopigmentation, but rather the appearance of lighter skin caused by newly formed collagen. Typically, this decreases once the new melanin is produced following (hopefully) cautious exposure to sunlight.

In some cases, only parts of your face are treated with laser resurfacing, which may result in a subtle shade difference between the new skin and the surrounding skin, resulting in visible lines delineating the treated and untreated areas. For this reason, we tend to prefer to avoid part treatment, which is less likely with lighter skin types. As a side note, if light, freckled skin is partially treated, there will also be a delineation between treatments on freckled skin and untreated freckled skin. 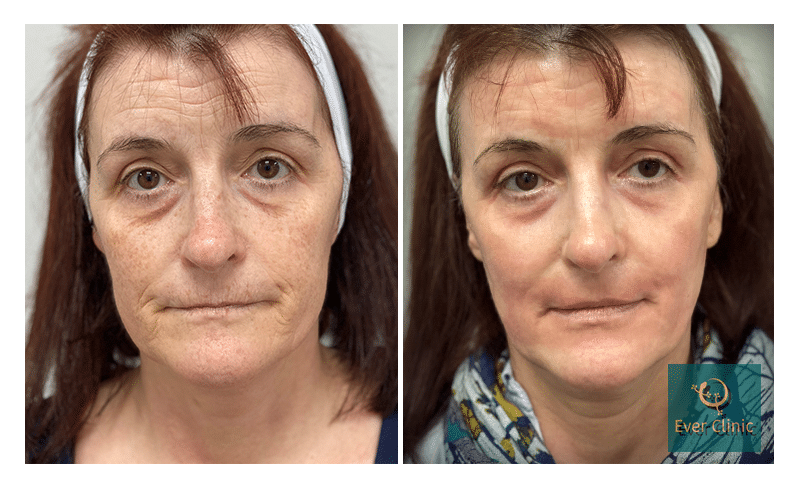 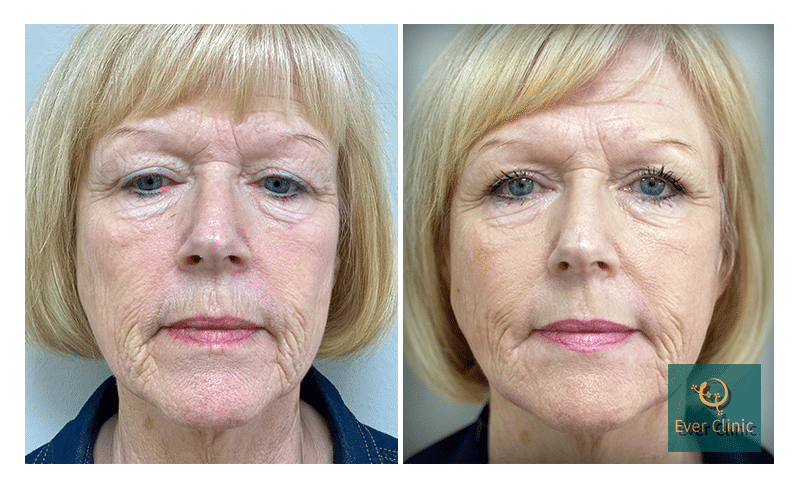 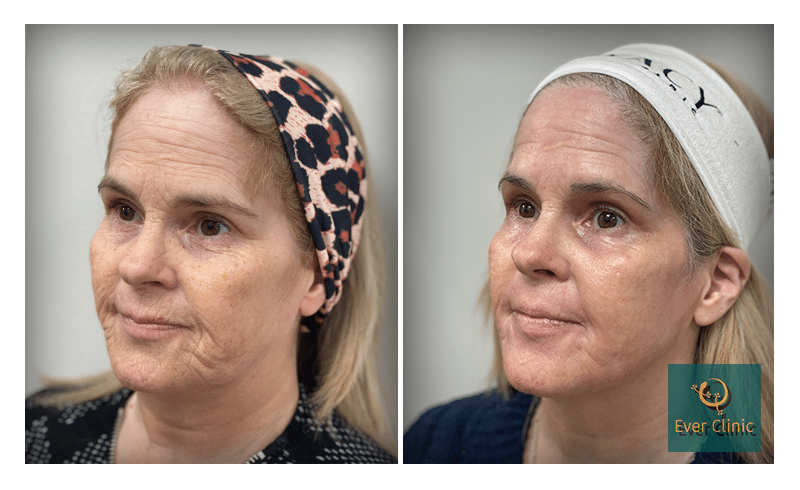 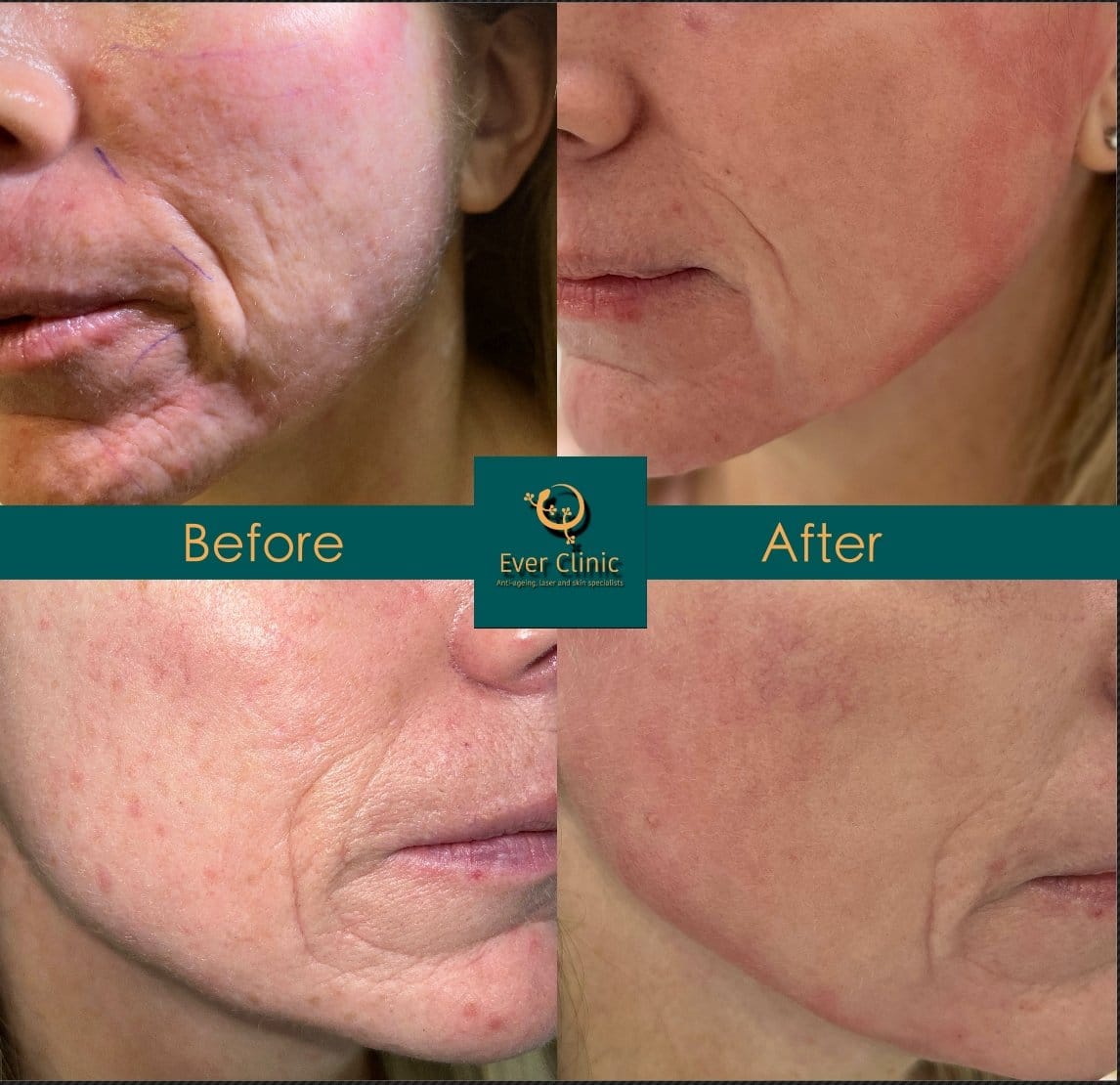 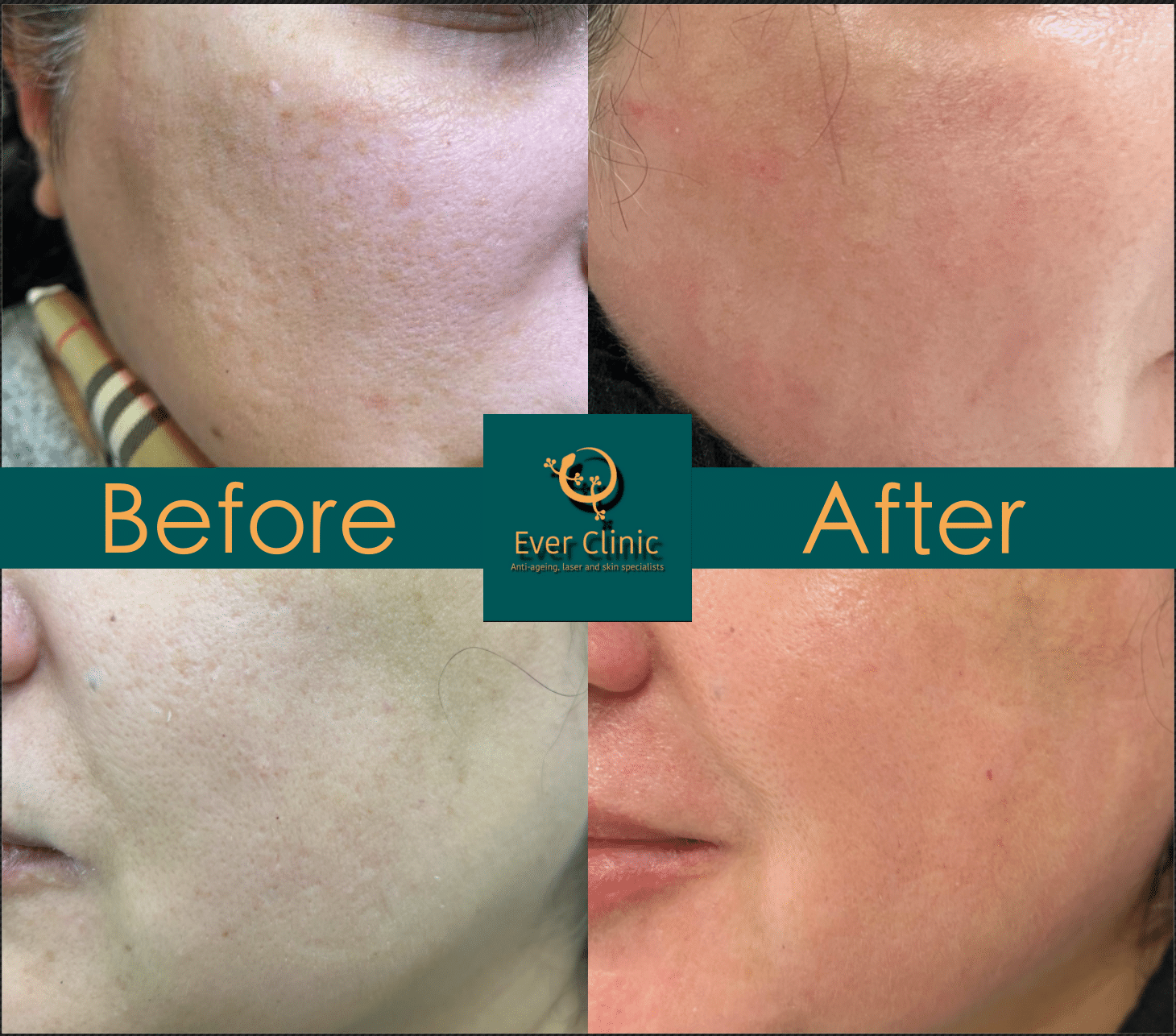 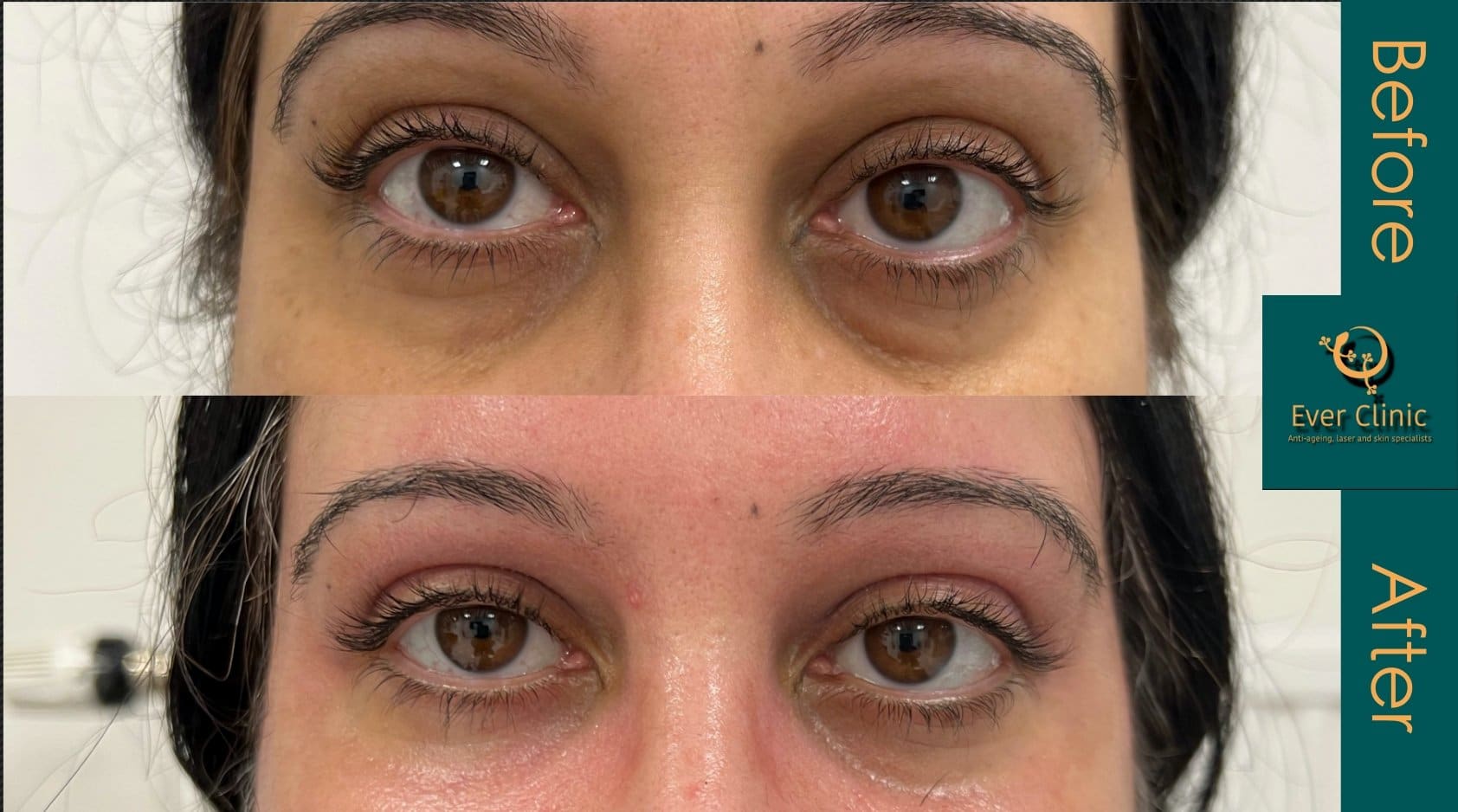 The treatment for laser resurfacing in Glasgow will be discussed with you at a consultation with Dr Cormac. If everything goes well, a date and time can be set for the procedure. Dr Cormac will prescribe prophylaxis medications to you during the consultation. In the immediate post-procedure period, patients are instructed to use these medications as directed. Infection after this kind of aggressive skin laser surgery can be minimised by taking these medications.

Dr. Cormac will review laser skin resurfacing in Glasgow with you, answer any final questions you have, and ask you to sign a consent form after you understand the procedure and aftercare. A sedative will then be administered along with antiviral tablets. An analysis of pre-procedure photos will be performed, after which a topical, local anesthetic gel will be applied to the face. Additionally, other anaesthetic procedures may be used, including tumescent anesthesia and nerve blocks that involve injecting small quantities of local anaesthetic under the skin. It usually takes about 45 minutes to prepare the patient for anaesthesia.

Dr. Cormac will review laser skin resurfacing in Glasgow with you, answer any final questions you have, and ask you to sign a consent form after you understand the procedure and aftercare. A sedative will then be administered along with antiviral tablets. An analysis of pre-procedure photos will be performed, after which a topical, local anesthetic gel will be applied to the face. Additionally, other anaesthetic procedures may be used, including tumescent anesthesia and nerve blocks that involve injecting small quantities of local anaesthetic under the skin. It usually takes about 45 minutes to prepare the patient for anaesthesia.

The laser procedure will now begin, and you will be fully prepared. You will be provided with adhesive eye shields if you are receiving only facial treatment. If treatment is to be conducted around the eye area, anaesthetic eye drops will have been applied, and metal contact lenses will be placed. Most patients who have a full-face treatment will also benefit from eyelid treatment, which can also be done in the same appointment.

Approximately 45 minutes are spent on the laser skin resurfacing treatment. 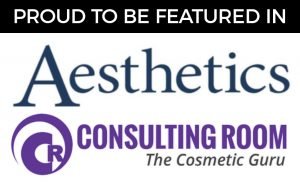